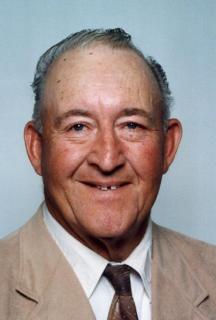 Family Visitation: The family will greet friends on Friday from 4:00 p.m. to 7:00 p.m. at the Steen Funeral Home in Massena.

Memorials: To the Bill Behnken memorial fund to be established by the family at a later date.

William Claus Behnken was born April 3, 1938, the son of William and Lillian (Anderson) Behnken in Cass County, Iowa. He passed away on Wednesday, August 30, 2017, at the Caring Acres Nursing and Rehab Center in Anita, Iowa, at the age of 79.

Bill was raised in the Massena area and graduated from Massena High School. On October 13, 1962, he was united in marriage to Lila Lydon in the First Evangelical Lutheran Church, rural Wiota, Iowa. To this union five children were born: Brian, Teresa, Cindy, Blaine and Nicole.

Bill farmed his whole life, until his health forced him into retirement. However, he kept busy working to restore his '57 Ford Fairlane 500. He loved to have a wrench in his hand tinkering on something. His friend, Varel Schmidt, raced at the Adams County Speedway where Bill volunteered as a mechanic for the crew. He truly loved it, and continued to follow the Spieker, McKee and other racing teams. Over the years, Bill has served as a Cass County Supervisor, Township Trustee, a member of the FSA County Committee and has been a lifetime member of the First Evangelical Lutheran Church. He loved his grandchildren, and helped his son Blaine re-establish the trumpeter swan population in Iowa. He was a great husband, dad, grandfather, brother, uncle and friend to everybody. His love for traveling took him to Alaska, Hawaii and Mexico.

He was preceded in death by his parents; wife, Lila in 2016; two sisters, Norma Harris and Beverly Bergmann; and one brother, Robert Behnken.

To order memorial trees or send flowers to the family in memory of William Behnken , please visit our flower store.
Send a Sympathy Card