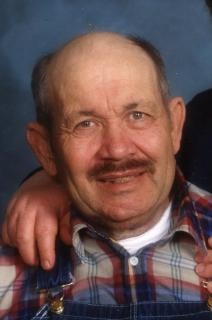 Memorial Services: Wednesday, October 26, 2011, at 11:00 a.m. at Steen Funeral Home in Fontanelle with burial in the Greenfield Cemetery. Full Military Graveside Rites will be held at the cemetery by the Greenfield American Legion Head-Endres Post No. 265 and V.F.W. Post No. 5357.

Family visitation: Tuesday evening from 6:00 p.m. to 8:00 p.m. at the Steen Funeral Home in Fontanelle.

William "Bill" Blazek was born April 19, 1942, to Glen and Velma (Duben) Blazek in Richland Township, Adair County, Iowa. He passed away on Saturday, October 22, 2011, at the Good Samaritan Society in Fontanelle at the age of 69.

Bill was raised in Richland Township and graduated from Richland High School in 1960. He lived his entire life in Adair County. He served his country in the United States Army from March 1, 1967 to December 9, 1968 in Vietnam. On January 17, 1971, he was united in marriage to Alice Faye McCants in the Fontanelle United Methodist Church. Bill was employed by the Orient-Macksburg School District which he drove a school bus.

He enjoyed fishing, going to auctions, bird and animal sales, and was a "shade tree" mechanic. He was the poultry supervisor for several years for the Adair County Fair and loved spending time with his wife, children, and grandchildren.

He was preceded in death by his parents; sister, Faye Webb; and brother, Lawrence Blazek.

To order memorial trees or send flowers to the family in memory of William Blazek , please visit our flower store.