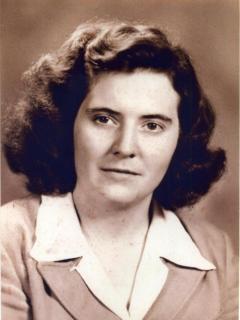 Funeral Services: Will be held on Friday, September 2, 2016, at 10:30 a.m. at the United Methodist Church in Greenfield with burial at the Greenfield Cemetery. A luncheon will be held following the committal services at the church. Pastor Eric Schubert will officiate the service.

Family Visitation: The family will greet friends on Thursday evening from 6 to 8 p.m. at the Steen Funeral Home in Greenfield.

Memorials: To the Wilma Clayton memorial fund to be established by the family at a later date.

Willma Maxine Clayton was born May 5, 1929, in Summerset Township, Adair County, Iowa, the daughter of Carl Shurzz and Lucy May (Needles) Speed. She passed away on Tuesday, August 30, 2016, at the Greenfield Rehabilitation and Health Care Center in Greenfield, Iowa, at the age of 87.

Willma graduated from Greenfield High School in 1947. On March 4, 1948, she was united in marriage to Nathan “Deb” Clayton in Creston, Iowa. To this union seven children were born: Mary, Tom, Rose, Bob, John, Jim and Jeff. She lived only 2 14 miles from where she was born for most of her life. She moved to the big city of Greenfield in 2011.

Willma had worked as a cook at the Maid Rite Café in Greenfield and the Adair County Memorial Hospital. She also was a nurse’s aide at the Good Samaritan Society in Fontanelle, a housewife and mother. She was a member of the VFW and American Legion Auxilary and Greenfield United Methodist Church and was baptized on May 8, 1966. She enjoyed crocheting afghans, reading westerns, gardening and farming.

She was preceded in death by her parents; husband, Nathan; daughter, Mary Elizabeth; two sisters, Isa Merritt and Theo Garland.

To order memorial trees or send flowers to the family in memory of Willma Clayton , please visit our flower store.
Send a Sympathy Card