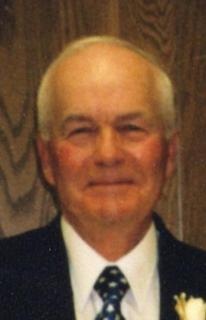 Funeral Services: Will be held on Sunday, November 4, 2018, at 2:00 p.m. at the Orient United Methodist Church with burial in the Orient Cemetery. Pastor Cathy Nutting will officiate the service. A luncheon will be held at the church following the committal services at the cemetery.

Family Visitation: The family will greet friends on Saturday from 5:00 p.m. to 7:00 p.m. at the Steen Funeral Home in Greenfield.

Memorials: Memorials may be directed to the Winston Kingery memorial fund to be established by the family at a later date.

Winston Muriel Kingery was born January 20, 1931, to Walter and Pauline (Shade) Kingery. As a young boy he grew up on a farm south of Zion. He attended grade school at Zion School and then his family moved to a farm Northwest of Orient where he attended Junior High and High School. In school, Winston enjoyed track, football and hanging out with his friends, fondly known as the Bowery Gang, who have remained life-long friends. Winston graduated from High School in 1948. In 1949, following graduation, he enlisted in the Navy, where he served for a year in San Diego, CA. He remained in the Navy Reserve for 5 years.

After the service, he returned home to Orient. It was during this time that he met Twila Kramer, daughter of Audre and Anna Kramer. Winston and Twila were married June 14, 1953, at the Hill of Zion Church having just celebrated 65 years this past June. They bought their current farm and moved to Orient in 1965. They have six daughters, Deborah, Christine, Pamela, Julia, Jacqueline and Teresa.

In addition to his farming, Winston served on the Orient-Macksburg School Board for nine years (1966-1975) and the Adair County Mutual Insurance Board for 18 years, (1986-2004). He was a member of the Orient-Macksburg Booster Club and Hill of Zion Church and a charter member of the Orient Lion’s Club. He was an avid football fan and enjoyed attending high school sports, both football and basketball. He and Twila attended their daughters’ and grandchildrens’ school events with interest. Winston enjoyed most music, but especially “Country Music”. He liked reading and being well informed as to what was going on locally and around the country. Those who knew him best, appreciated his sense of humor, wit and determination. Winston appreciated good food and always looked forward to a good meal! He was a strong believer in teaching his daughters responsibility and to hold a good work ethic. There are great memories of walking bean fields as a family. A family of eight could make quite a swipe through a bean field, and after completing this task, we would be rewarded with a family vacation. Winston began farming in 1951 and retired from farming in 2015 at the age of 84, a span of 68 years of career farming.

To order memorial trees or send flowers to the family in memory of Winston Kingery , please visit our flower store.