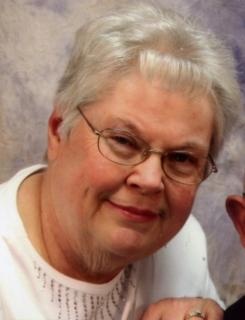 Funeral Services: Will be held on Saturday, October 29, 2016, at 10:00 a.m. at the Immanuel Lutheran Church in Greenfield with burial in the Greenfield Cemetery. A luncheon will be held at the church following services at the cemetery. The Rev. Dr. Keith Schweitzer will officiate the service.

Family Visitation: The family will greet friends on Friday evening at the Steen Funeral Home in Greenfield from 6:00 p.m. to 8:00 p.m.

Memorials: Memorials should be directed to the Immanuel Lutheran Church organ fund, Zelda Paullin Memorial Fund, or a charitable cause of your choosing.

Zelda Mae Paullin (nee Clausen) was born June 24, 1938 on her family’s farm south of Dexter, Iowa, in Madison County. She left this life for her heavenly reward on October 25, 2016. As a young girl, she attended Penn No. 3 Country School, and later graduated from Dexter High School in 1956. She married her high school sweetheart, James (Jim) Paullin on June 7, 1959, and they enjoyed 57 happy years together. Zelda and Jim farmed near Earlham for a number of years and then near Hebron until the mid-1980’s. As a young woman, Zelda worked at Drew’s Candy Shop, then stopped working outside the home to raise her five daughters. At age 51, she took a job at Cardinal Glass in Greenfield. She worked there for 16 years until her retirement at age 67.

Zelda was strong in her Lutheran faith and devoted a great deal of time and talent to serving the Lord, including 61 years as the church organist at Zion Lutheran Church in Dexter (ages 12-37) and Immanuel Lutheran Church in Greenfield (ages 38-73). She also taught Catechism and Sunday School and was active in LWML. Zelda loved spending time with her family, cheering for the Iowa Hawkeyes, and collecting froggies of every size and shape.

To order memorial trees or send flowers to the family in memory of Zelda Paullin , please visit our flower store.
Send a Sympathy Card